Collecting Is Not Investing

When I was 17, on the cusp of driving age, I had dinner at a friend’s house. I remember this particular dinner because of the question his dad asked me. This friend’s family was wealthier than most of those I knew. They lived in a large house. The father was head of a family business. Dinner was cooked and served by a domestic, pretty swanky for our neighborhood. The dad, who had a high opinion of his business acumen, asked me if I had the money to buy the car of our choice, any car, what would it be?

I said that I would buy a Ferrari. He countered by saying that he would buy a Rolls Royce, because if you could buy any car you wanted such a high priced vehicle should be looked upon as an investment. He was certain that a Rolls would be the better investment.  I picked the Ferrari because it was cool, much cooler than a fusty Rolls ex, perhaps, John Lennon’s. 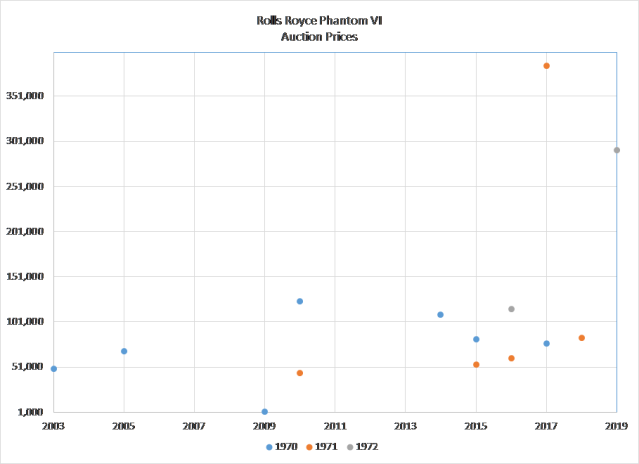 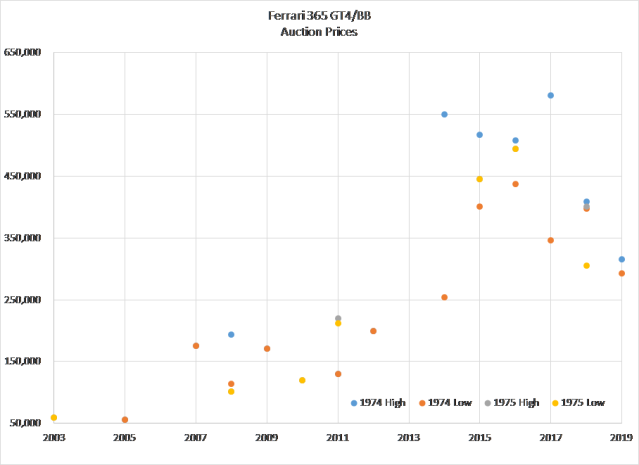 Ferrari wins the comparison, but neither car wins as an investment. The S&P 500 index total return from January 1974 to May 2019 was 10.9% annualized. And I suspect that insurance and maintenance would have cost more than an index fund’s fees.

Work by Dimson, Marsh et alia does show that some collectibles have done well relative to bonds and bills, but not to stocks. Maybe there is something to diversifying into collectibles? I’m skeptical.

The index data seem suspicious to me. The items that comprise the indexes are the winners, selected in hindsight.  Really valuable collectibles are rare. You can’t buy this stuff! Maybe you can, if you’re wealthy enough, but are you going to pay a price that will allow for a decent return? And the bid-ask spreads are enormous. You would need years of appreciation to overcome the cost of paying Sotheby’s to buy or sell your collection.

Below is what they say about the Ferrari sub-index. Is rarity determined at production or after? The index started in 2008, so they already knew what was rare and valuable. It will be interesting to see the performance of this index over the next fifty years when the cars — I’m assuming — will be picked ex-ante.

It gets better. The stamp index comprises the 50 most valuable stamps in 1900 and adds more stamps after they become one of the 50 without dropping any stamps from the index. Talk about hindsight bias!

My guess is that wines is the category where you stand the best chance of selecting items before they appreciate. The premier wineries are known, superior vintages can be determined accurately, such vintages are produced somewhat frequently and they are auctioned off both physically and via a futures market.

In my opinion, fun is what collecting should be about. Someone once brought my sons action figures when they came over for dinner. It was a nice gesture. They told us that the boys should leave the figures in the packaging and keep them in pristine condition because they could be valuable someday. After they left, I handed the packaged figures to my sons and told them to go play. Winning the returns lottery on a pop culture collectible is pure luck. Given the number of action figures and baseball cards produced today, it’s unlikely that any are going to be really valuable. If you like baseball, collect baseball cards. Just don’t expect your collection to approach the value of the Honus Wagner card. It’s valuable because it is rare and because no one expected that it would be valuable.

I really can’t fault my friend’s father for picking the Rolls or for trying to impart a lesson about value. He took what he thought he knew and applied it. In the end, I was right. It was inadvertent, but it was for the right reason. I picked what I thought I would enjoy. That turned out to be the key. The enjoyment of the Ferrari and what it represents, style and speed, was far more attractive to my generation than what the Rolls represented. And it is the tastes of today’s young that will determine what is a valued and valuable collectible forty or fifty years hence. Have fun figuring it out.

Epilogue: The day I finished this post I saw a friend who is moving out of NY. He is selling and donating a lot of stuff. He told me that he offered a folding bike he bought for $800 a few years ago on eBay for $325. He was stunned when 3 people contacted him directly to say they really wanted to buy this particular bike. It turned out it was a rare, low production volume design. It sold for $1425. You just never know.

3 Responses to Collecting Is Not Investing